Let's study a work of art. The bold-faced words are some of the keywords used to talk about art. The italicized questions are examples of things to consider when viewing art. 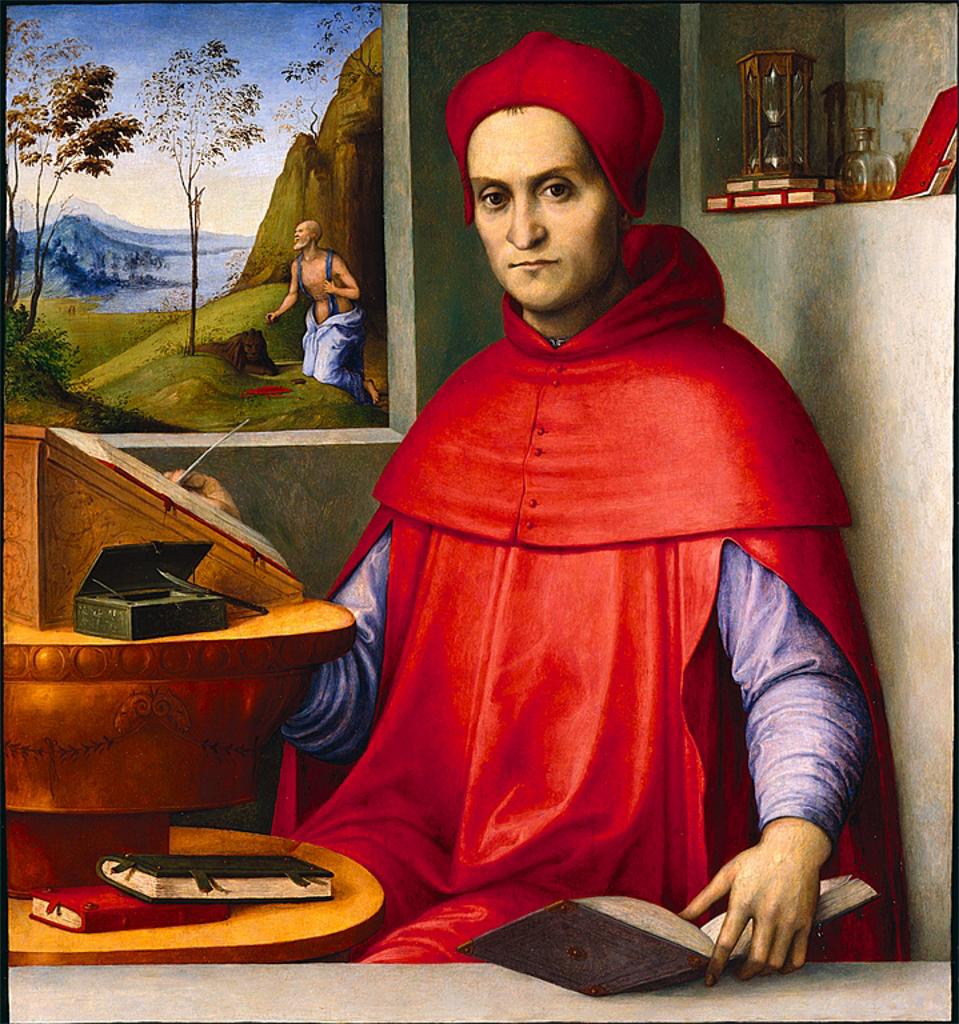 A portrait of a 16th-century cardinal and the 4th-century Biblical scholar, St. Jerome, seen through the window.

Oil and tempera painting on a poplar panel

Portraiture/Humanist or Humanism. Costa was a painter of the School of Ferrara-Bologna. These artists were called Ferrarese.

The Language of Art

The components that make up a piece of art. The building blocks of art.

1. The category of art, relating to the type of work. Ex. portraiture, landscape, still lifes.

How the Elements are used or distributed throughout the work.

Art Through Time: A Global View

How to Look at An Artwork

The Art of Seeing Art

Shock of the New

What is Art History?

The Metropolitan Museum of Art: Timeline of Art History

A Beginner's Guide to Art History

The 7 Principles of Art and Design

What Does Genre in Art Mean?

How the Elements of Art Shape Creativity